Every time we use multiple microphones, we have a potential phasing problem (because a source will be picked up by more than one microphone at the same time – it is like having your ear in 2 different places at once), which is audible when summing a number of microphones to mono. If we were panning 2 microphones (one to the Left and the other to Right) instead of summing them to mono, we would not have that problem.

A rule of thumb for minimising phasing issues is to have around 10dB difference in the level between the microphone “versions” of the same source.

A typical example of this problem is heard when microphoning a choir, because you have one source that is covered with several microphones simultaneously.

To help in achieving the 10dB difference mentioned above, a common practise is something we call the “3 to 1 rule”. The rule states that the source-to-microphone distance of numerous microphones should be three times the distance between the sound source and the nearest microphone. 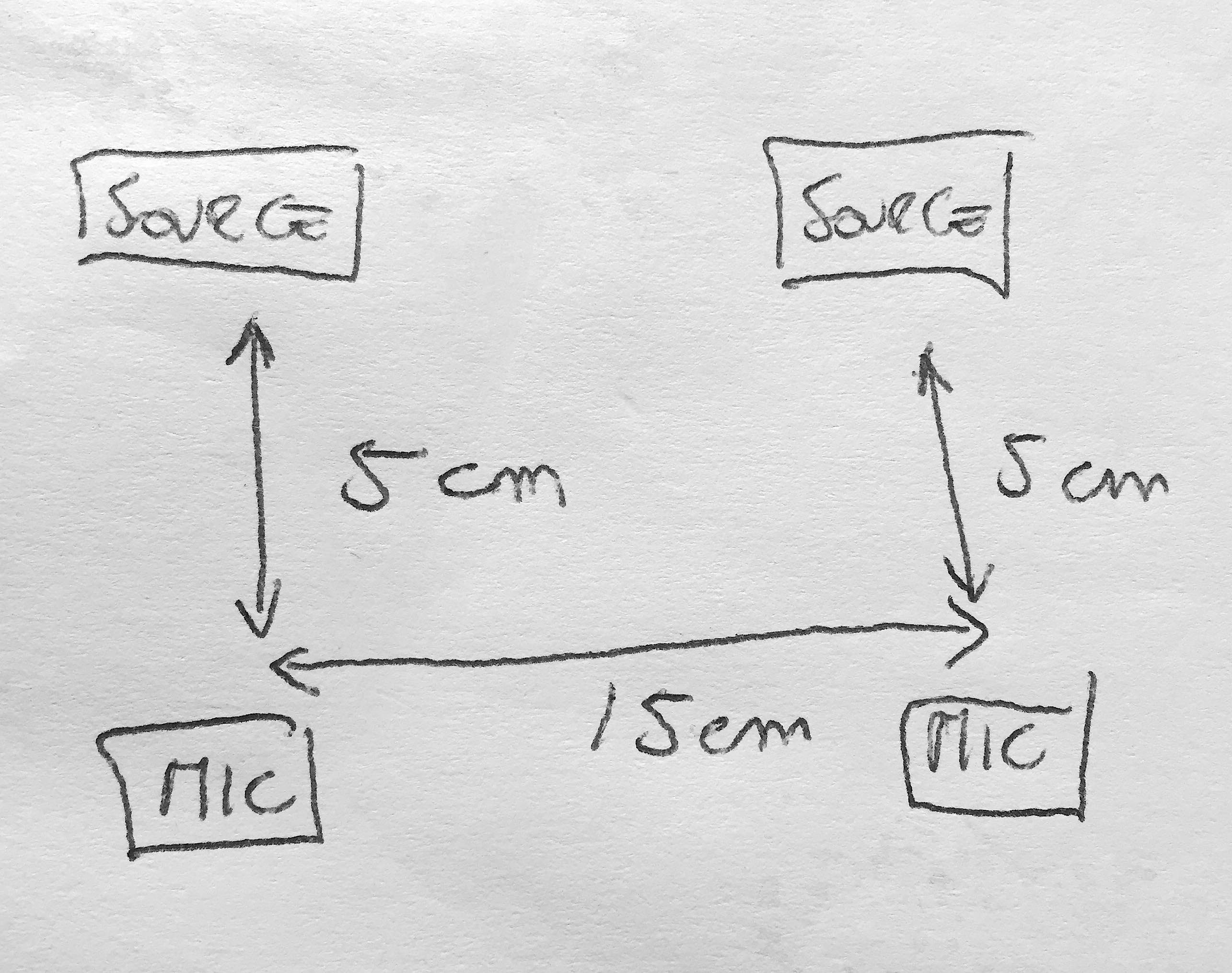 That said, the presence of a source in 2 different microphones in a live scenario is essentially unavoidable (i.e. think of microphones on a drum kit), which leads to the second problem that we call “bleed” or spill. This is particularly acute when a member of a band plays much softer than the rest. If everybody plays soft or loud, the bleed will be inconsequential; however in the above scenario, the amount of bleed of the loud source into the soft one will prove hard to handle. As always, the first course of action is with the source, the band: Get them to all play at similar intensities and you will solve a lot of issues.

Bleed within this context is the presence of a sound into a source which is not the intended one: hi-hat into the snare microphone, electric guitar into the double bass microphone, etc.

1. Use the bleed
This is the most difficult of the 3, as it requires the most experience, and the most experimentation time. Instead of trying to get rid of the bleed, use it. If you do so it will become “ambience” and add to the sound rather than be detrimental to it. Maybe you are recording a brass section with a double bass. You can try to box everybody in and in the process destroy the magic of musicians playing together or you could use the bleed. How do you transform bleed into ambience? You move around the bass microphone in the room until you find a position where the brass section ambient sound actually adds to the brass sound. Then you place the double bass there and do the “moves” we looked at in the previous articles.

2. Get rid of it
This is achieved with dynamic control called ‘gating’. Gating is super helpful, but it will only work if:
A. you hit the right gating groove (i.e. the settings are all in the right spot) or
B. you are able to compensate for any possible audible artefacts

3. Couple it well
Part of the tricky aspect of sound that ”bleeds” into another microphone, is that the same sound hits the 2 different microphones at 2 different times creating a phasing / timing problem. At times this can be solved by hitting the polarity reverse switch on the “bleed in” microphone channel. It does not always work but it is definitely worth an attempt. If it works, it will make the bleed very helpful. A typical example of this are drums’ overhead microphones (they obviously get a lot of the snare sound in them). Try to reverse the overhead microphones’ polarity on the mixer one at the time, and then listen to the one you are working on with the addition of the snare microphone. Listen to the snare and particularly listen if the 2 sound better when the phase is normal or reversed. it might just work.

If you work with a DAW or a digital mixer that allows introducing delay on different channels, then delaying the source of the bleed to align it with the “bleed in” channel will bring the “bleed source” in phase with the bleed-in channel/s.

I trust this series of articles have been helpful. What this space for more helpful / insightful material in the weeks to come!